Inspired! – That’s the only way your communications can be, hammers Image Marketing Consultants 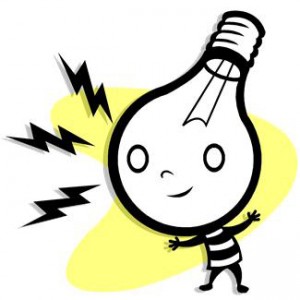 As the presidential debate referee Jim Lehrer, reports influential NEW YORK Magazine, delivered a performance which was not “inspired.”  In this media era, with so much brilliant content competing for attention, no one can afford to put themselves out there as “uninspired.”  That lack of an investment of thought, energy, and emotion has become a crime against the human attention span.

So, how can you ensure your communications will be inspired?  Here are 3 tips from Image Marketing Consultants.

Slow down. In 2009, executive coach Marc Lesser wrote a breakthrough book “Less:  Accomplishing More by Doing Less.”  He presented compelling evidence that when people and organizations stop trying to be so speedy they produce higher quality work that gets superior results.   Focus on just a few things you know you can do well.

Listen. If you open yourself up to what’s happening in your business and outside in the marketplace, you will get an earful.  The world is constantly telling you what you need to hear.  The challenge is being willing to take in that data, negative as well as positive.

Edit.  The most effective communications, such as from Apple, result from continually tossing material which doesn’t seem on the money.  What turns out to be final will probably contain very little of the first few drafts.

Inspired communications start with you.  You have to let the organization know that you will not tolerate anything less.