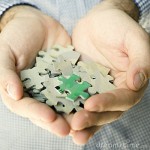 “How could we have ‘bet the ranch’ on a marketing campaign we didn’t test enough?”

That kind of regret is typical of businesspeople who find that they have made a major mistake.  They are shocked that it happened.  Their confidence has taken a hit.  And they want some bulletproof guidance on how they can avoid such errors in the future.

The reality is that businesses always made mistakes, sometimes big ones like when Coca-Cola introduced “New Coke” and Ford manufacturerd the Edsel.  What is different now is that businesses have less of a margin for error so the resources that mistake consumed are highly visible on the balance sheet.  Also, competition is more fierce, eager to take advantage of a stumble.  In addition, there is the fear of not being able to bounce back.

Because of the severe consequences of mistakes for businesses, hands-on managment experts such as Reid Hoffman, cofounder of social network for professionals LinkedIn, recommend placing small bets, not investing too much in any one initiative.  In his new book “The Start-up of You,” Hoffman confirms the uncertainty of the marketplace of the 21st century.  There are more unknowns than knowns out there. Businesses, at best, are handed lots of pieces of the puzzle.  It will take time, a lot of false starts, and a lot of course correction to put the pieces together.  Therefore, it is downright reckless to assume that any one venture will pan out.

Smart businesspeople, shows Hoffman, currently test out their hunches in launching a new company, determining pricing, configuring marketing approaches, and training the sales force in relatively small steps.  Frequently, they simultaneously have several of those small initiatives, for example in marketing, going at once.  They will select the ones which work and toss the rest.  The expense can be peanuts.