We are proud to announce that Image Marketing Consultants has made the Hartford Business Journal’s top 25 List of Advertising and Public Relations firms in Hartford County this year.

Since being recognized in the top 25, the IMC team has been featured in articles from the Redding Patch, the Suffield Patch, the Southington Patch, and the Record Journal.

If you weren’t able to check out the articles, you can read a quick recap of them below!

The Southington Patch was thrilled to see that Kate, a Southington resident, is finding success in her business endeavors.

The article pointed out that, “when Barack Obama was getting ready to run for President of the United States, Kate Terricciano Sirignano had recently graduated from college.” Just a few years later, “as Obama embarked on his reelection campaign, Terricciano Sirignano is celebrating her agency’s inclusion in the Hartford Business Journal’s list of top 25 advertising and public relations agencies in the Hartford County.”

IMC has grown rapidly and decisively thanks to its founder’s focus and energy and as Kate says, “We may lack years of history, but we more than make up for it in confidence, enthusiasm, and our independent spirit.

Check out the full article here.

Tim, a Suffield Native, was featured in an article by the Suffield Patch. The article recognized him with helping Image Marketing land a spot in the Top 25 list. Tim joined IMC in early 2011 and was one of the first hires made by owner Kate Terricciano Sirignano after years of operating IMC as a solo venture.

Read the rest of the article here.

Amanda was also featured recently in an article from her home town of Redding, CT. The Redding   Patch recognized her as an essential component of the growth of Image Marketing Consultants. Amanda graduated from Central Connecticut State University with a degree in Communications and joined the IMC team in 2011.

The Record Journal interviewed Kate recently for an article featured this past week. They recognized Kate’s success in making the Business Journal’s Top 25 List, saying “Sirignano said she was thrilled to be on the list with agencies that have been around since the 1950s and 1960s. Sirignano’s business was one of the newest to be recognized. In five years, Sirignano and her employees have established their clientele and usually work with companies worth $10 million to $100 million.”

“Sirignano said her business is here to stay and she doesn’t see anything changing.”

Read the full article from the Record Journal here. 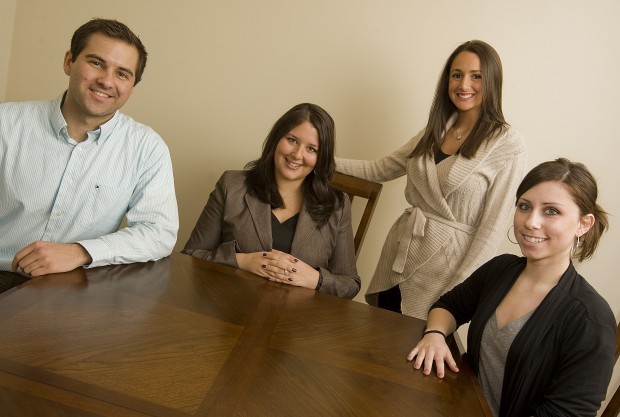 We are a small company that is growing rapidly and we appreciate the support from our clients and many friends!