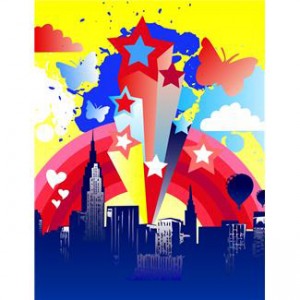 For years on “Mad Men” we have watched the character Peggy Olson suffer, grow, and finally succeed.  Unlike most of the rest of those on this series Olson not only has made it professionally.  She also has found inner centering and maybe even happiness.

Image Marketing Consultants sees plenty of lessons business can learn from Olson’s difficult journey from a blue-collar background, insecurity, and a tendency to idolize those who seem to have all the answers to establishing her own creative space, on her own terms, without bitterness.  Here are three.

Break away. From the get-go as infants, we human beings learn by imitation.  The challenge is to finally stop that and find our own identity.  There are those organizations and individuals who can’t let go of the model of the late Steve Jobs.  Yet they should be focused on developing their own type of genius.  Despite the emotional odds against her for carving out her own territory, Olson did break away.

Forgive.  Carrying resentments from the past provides distractions from the present.  That’s why the wise in every field, be it business or religion, hammer the importance of forgiveness.  That process of letting go of ancient grudges frees up energy to achieve right now.  Olson not only isn’t obsessed with the possible wrongs done her.  She also isn’t trapped in castigating herself for her own mistakes when learning the ropes of the ad business.

Stay open.  Olson is the one character on “Mad Men” whose future is open, both professionally and socially.  We can’t predict what she will put together for herself this sixth season. We only expect more suffering for Don, Megan, Roger, Joan, and Pete.  They close themselves to most opportunities.