A Celebrity Visit to Wahlburgers Cooks Up Delectable Results

Best known for their singing and acting talents, the Wahlberg brothers (Mark and Donnie) are considered Hollywood royalty, but did you know they’re also successful restaurateurs? Along with their brother Paul (a talented chef), the Wahlbergs own a successful chain of burger joints called Wahlburgers.

Serving up family favorite recipes like Mom’s Sloppy Joe, Wahl Sauce, and Mark’s favorite burger topped with all things Thanksgiving, Wahlburgers has over 35 locations, and was even the subject of its own self-titled reality series that aired for 10 seasons on A&E.

Wahlburgers opened its first (and currently only!) Connecticut location at Westfield Trumbull in 2017. In the summer of 2019, when Westfield’s management team received word that Mark Wahlberg planned to stop by the following week for a visit, they turned to us to get cooking—fast!—to maximize the impact of Mark’s visit. After all, that’s what we do.

First, we crafted an impactful press release about Mark’s upcoming visit, inviting local foodies and Wahlberg fans alike to come out and help give Mark a warm welcome to Westfield Trumbull. The press release was picked up and used by nearly every major television and radio station in Connecticut.

Next, we partnered with Mark’s team and were able to secure one-on-one interviews with the celeb for two popular news stations, WTNH News 8 and WFSB Channel 3. We also built an ancillary media space in the restaurant’s interior courtyard, where all media outlets could set up shop to cover the event. Among the media in attendance included Fox 61, News 12, Star 99 radio, the Hartford Courant, the Connecticut Post, and the Trumbull Times. 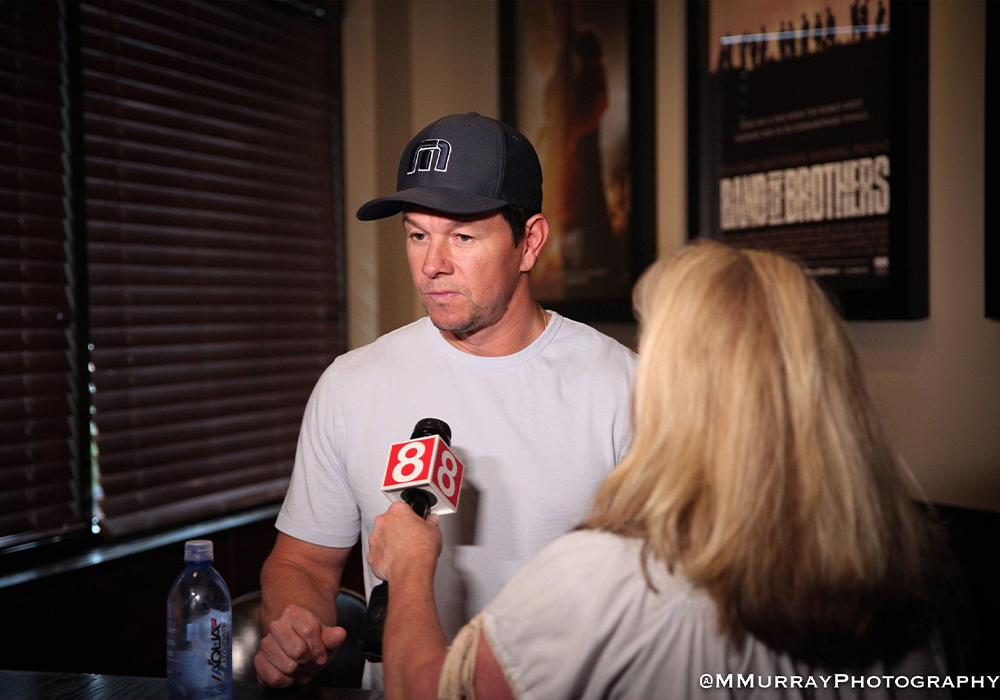 Managing a celebrity appearance at a shopping center is no easy feat, but with our planning and development assistance, Mark’s visit was both impressive and noteworthy. He greeted patrons, chatted with town officials who made a proclamation in his honor, and took time to interact with young patients from Yale New Haven Children’s Hospital, who had been specially invited to attend as VIPs.

The results of IMC’s efforts? Westfield Trumbull’s daily foot traffic was up by approx. 7,000 guests, we logged in more than one-million media impressions, and recognized an ad value equivalency of about $40,000 in coverage received. And to wash it all down, now more people than ever before will be coming to Westfield Trumbull to enjoy Mom’s Sloppy Joe and other Wahlburger’s favorites