Holidays 2012: Use the pause to think, advises Image Marketing Consultants

A client told us at Image Marketing Consultants, “Things slow down during the holidays.”  He said it, with an undertow of apology.

After all, the American brand of capitalism is to be always doing, always on the go.  Because of that, too many leaders of organizations don’t approach so-called “slow times” as opportunities to think about emerging opportunities and threats and how to deal with them.

There is an often-repeated anecdote about Bill Gates, current global philanthropist and founder of Microsoft. His mother called down to him when he was in the basement and asked him what he was doing.  He answered, “Thinking.”  She didn’t understand why he would be doing that.  He and his mother had a difficult relationship.

Thinking is not a trait encouraged when we are young, at least not in America.  Yet, it’s frequently exactly what successful people do and a lot of it.  The late Steve Jobs was always connecting the dots in his head, in new ways.  Hillary and Bill Clinton have been able to “think” their way out of crisis.  When he was studying at Oxford, News Corp head Rupert Murdoch learned game theory, that is to plan his moves in context of what he thought his opponents would do.  President Barack Obama, TIME Person of the Year, is sometimes criticized for being in his head so much but, despite the economic problems of his first term, he won a second one.

We at Image Marketing Consultants hope that you will take the time during the next few weeks to reflect on how you could make your organizations more successful.

We invite you to a complimentary consultation about your marketing, partnerships, public relations, special events, and social media.  Please contact Kate Sirignano kate@imagemarketingconsultants.com, 203-404-4868. 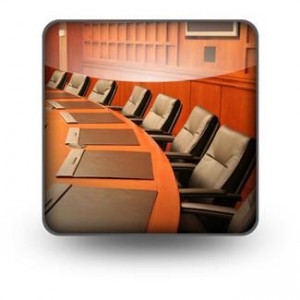 Anyone who has made a presentation to a board of directors at a corporation, a group of venture capitalists, or security analysts on an earnings conference call knows the importance of numbers.  Although sophisticated professionals understand that numbers can be manipulated, they still demand them – lots of them.

Because of the so-called “creativity” involved in marketing and public relations those heading organizations might have held back on including numbers in messaging.  Mistake.  Numbers seduce.  They are entities which prospects and current customers and clients can put their arms around.  Also, digging them up and putting them out there show you care.

One set of numbers which get more than the average share of attention is this: results from a survey.  For example, an expert on employment law includes in her communications the numbers from ManpowerGroup which found that 86 percent of employees in America plan to look for a job in 2013.  In higher education, Quinnipiac University developed a powerful brandname through its Polling Institute.  And you can also harness this power of the survey.

How to conduct a survey?  You can Do It Yourself (DIY) through a free mechanism such as Survey Monkey.  Or, you can seek out a partner to share the cost and enhance the opportunities for promotion.  You can also use a professional agency such as Image Marketing Consultants.

Kate Sirignano, founder of Image Marketing Consultants, can help you with collecting and presenting the numbers which could be the tipping point in your marketing, public relations, and partnerships.  Contact Kate for a complimentary consultation Kate@imagemarketingconsultants.com, 860-863-5861.

Is your residential real estate agency targeted toward the professionally established Generation X house hunters or the under-30 struggling to find property they can afford?  If you don’t know that, neither will your potential customers.  With such severe competition in just about every industry it is key to be clear about what your business is as a brand and what segments it can most profitably focus on.

That applies whether your business is residential real estate, dining, driver education, or affordable housing.  The most common mistake businesses make is attempting to be all things to all possible buyers.  That confuses the shopper.  It also dilutes the brand message. 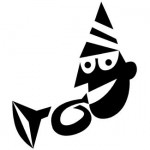 For the new year, please go back to the drawing board and determine which are the most profitable market segments or single segment.  Then develop your strategic plan and tactics for reaching them effectively and cost efficiently.

Kate Sirignano, founder of Image Marketing Consultants, invites you to a complimentary consultation on your marketing, public relations, partnerships, special events, and social media kate@imagemarketingconsultants.com, 203-404-4868.  This holiday season give yourself the gift of a more successful business.

Why “No” Leads to “Yes” in Sales, Explains Image Marketing Consultants

Experienced successful salespeople frequently reassure those just starting out in selling of this: “No” frequently leads to “yes.”  This may seem to make no sense.

After all, a no is a no.  That no means that the couple didn’t buy the car, the man injured in a car accident didn’t sign up with that particular lawyer, and the 12-year-old  decided not to spend summer at Camp X.

However, for those open to analysis of what they might have done differently and willing and able to change, the no provides important information.  Many whose living depends on selling or promoting know this.  That’s why they ask the prospects who didn’t buy from them the reason why.  Usually the prospects are touched by the seller’s humility and eagerness to learn and they will candidly explain why they made the decision they did.

Even without the prospects’ input, ambitious salespeople have plenty to reflect on.  They might ask themselves:

Salespeople and promoters who are aggressive about mining a no for all the information they can are on their way to receiving the yes on a regular basis.

2013: Be careful about too much new and improved, warns Image Marketing Consultants 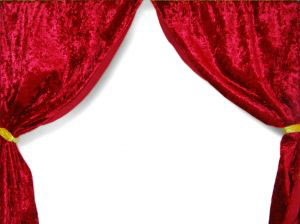 There’s optimism in the air.  Retail sales, especially online, are strong.  The housing sector is picking up.  And the aftermath of Sandy will be generating plenty of work.  Therefore, you are asking Image Marketing Consultants how you can capture this momentum for 2013?

We have been warning you about not rushing to introduce too much “new and improved” too quickly.  WordPress learned from Facebook’s stumbles to move slowly and carefully in providing users with change.  Too much change can overwhelm customers.

But, of course, too little change can send the wrong signals.  Among them are:

A useful exercise is monitoring the competition.  How much change have they put in play and how does that seem to be working out?  If it’s retail, you can observe the traffic.  If it’s professional services, you can follow the trade media about new accounts and analyze the tone of its communications.  Does the organization sound desperate?

That context provides you insight about what you might change and what to put on hold, for now.  Change always represents risk.  But not changing, of course, is equally risky. 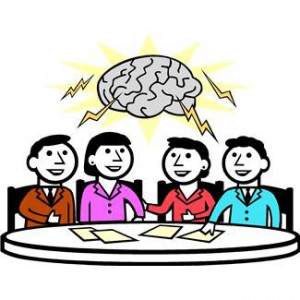 A new year, at least the calender one, is coming.  Also, your business may be planning to shift from a recessionary strategy to a growth one.  So, the team is brainstorming about what your priorities should be and how to accomplish them.  At the top of the list could be your digital communications.

Many businesses ask us at Image Marketing Consultants if they should go with a standard template for their website or custom-make their own.  For example, WordPress now provides those kinds of templates for the wedding and, more recently, the restaurant verticals.  Here Toni Schneider, Chief Executive Officer of Automattic, parent of WordPress, talks to TechCrunch about the entrance into the restaurant niche.

The advantages of going with a template include that businesses don’t have to start from scratch in setting up or re-doing their website.  They can devote their resources to focusing on the specifics for each category, such as capturing what’s unique about the ambiance or the menu.  The disadvantage is the the competition might pull away current customers and prospects by having a very non-standard website.  The media might cover it.  Overnight that restaurant could become hot.

We at Image Marketing Consultants have found that there are no easy or absolute right or wrong answers about digital communications.  That’s why we invite you to a complimentary consultation to discuss your unique situation with Kate Sirignano, Managing Partner of Image Marketing Consultants.  You can reach Kate at kate@imagemarketingconsultants.com, 203-404-4868 for your  questions about social media, marketing, public relations, special events, and partnerships.